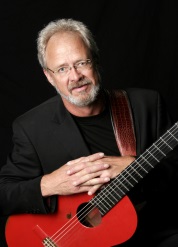 A veteran entertainer, extraordinary guitarist, comedy writer and published songwriter, Gordy has performed his stand-up musical comedy show as The original Fabulous ONE GUY for hundreds of corporations, associations and other organizations, large and small. Gordy also does a full-length concert, performed throughout the United States, and a historical show: “Seth Bullock: The Spirit of the West.” He has appeared on ABC’s Good Morning America, where he sang “Days of ‘76”, an original song from his “Seth Bullock” show, and opened for Kenny Chesney, the Nitty Gritty Dirt Band, The Beach Boys and many more.