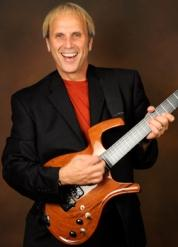 Comic/Musician/Impressionist KIER from Nashville will have you laughing your head off. Great Standup and spot-on musical Impressions make this show ROCK. From Comedy Clubs, Corporate Events, Cruise Ships, and Colleges, Kier has literally been all over the world, including entertaining the troops in Europe, Asia, and the Persian Gulf. He has worked with such greats as Reba McEntire, Opera Winfrey, Ronnie Milsap, Kevin Bacon, and many others , and had multiple appearances on the Bob & Tom Show and John Boy and Billy. Kier didn’t set out to be a comedian. His boyhood dream was to be a singer-songwriter; Jackson Browne, James Taylor, that kind of guy. He even went to college on a music scholarship. His act is a mix of music, clean comedy, and impressions. Original, touching, and often inspirational.
Along with cruise ships, international military tours, and the ever-present national comedy clubs always thrown in for good measure, Keir has been embraced by Corporate America in a big way. As any good Journeyman, he's got a story to tell. In the last few years, in addition to his regular show, Kier has been featured as an inspirational speaker, presenting a mix of touching original music and life stories, along with clean comedy and impressions.