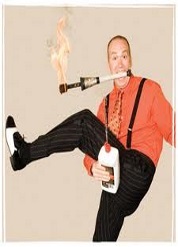 The Flying Debris Show is packed with comedy, zany stunts, and lots of audience participation. A show that is appreciated by literally all ages! Whether it be performing in an ice house at the Winter City Festival in Toronto, Canada or taking the show to remote villages in Mexico audiences love The Flying Debris Show. Richard was born a jokester and learned to juggle in fourth grade gym class. It’s true, anyone can learn to juggle however Richard never stopped challenging himself to be the best. Inventing new techniques to every trick he learned. Later Richard learned that using his comedy wit in conjunction with his arsenal of creative human skills would make for a great living! 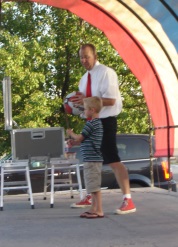