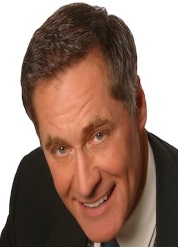 Known as “The Corporate Comedian”, he has merged together his corporate background as a lobbyist and his comedy background as a nightclub performer to create an extremely unique and comedic presentation style. He has received rave reviews sharing the stage with a wide variety of celebrities like Paul Newman, Peter Frampton, Colin Powell, and Bob Newhart and has introduced the President of the United States on a live, nationwide television broadcast. If you are looking for a really funny, clean comedian who is also a really good, captivating speaker. It’s nearly impossible to find one who is both. Mark Mayfield is one of the rare individuals in the world who is equally accomplished at performing comedy shows or delivering high content keynote speeches. Raised on a farm in Caney, Kansas, he received two degrees from Kansas State University and served as National President of the Future Farmers of America. He has spent time as a high school teacher, a corporate lobbyist, was partner of an innovative golf instruction facility, was a professional model and spokesperson in print and television commercials, and owned a top rated nightclub. He obviously struggled with holding down a job. Mark is author of the popular book, Mom’s Rules, a comedic yet poignant look at those things Mom said to us as kids, and he makes nearly 100 presentations annually to a wide variety of corporations, conventions, and trade associations. He has received two degrees magna cum laude from Kansas State University and is a recipient of the “Certified Speaking Professional” designation from the National Speakers Association. He has also been inducted into their “Speaker Hall of Fame”. He is happily married to Terry, Grandpa to Delaney, Archer, Reid, and Everett, and the proud father of two amazing daughters, Leah and Lindsay. His hobbies are golf, basketball, and music and he was voted one of the top five funniest people in his family. From comedy shows to seminars, Mark’s philosophy is simple….. …say it with humor and people will take the message home. 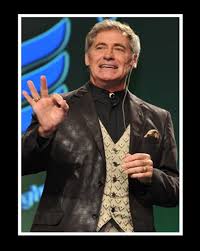