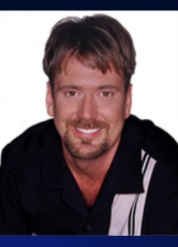 Everyone from Paul Harvey to the New York Times has proclaimed comedian Tom Mabe a ‘Comic Superhero’ for tackling pesky telemarketers, junk email, bad customer service, and other topics that irk us all. Tom Mabe is known for playing pranks on telemarketers and has released three comedy CDs of his funny calls. Tom Mabe has also been an executive producer and comedy writer for CMT, Country Music Television. Tom has also been seen and heard on NBC, ABC, the Bob and Tom Show, Johnboy and Billy, Bill Handel, and Drew and Mike. Comedian Tom Mabe is also the star of CMT’s, “Mabe in America” and has had more than 50 million downloads on YouTube. During his corporate comedy shows, Tom Mabe shares his unique skills for coping with life’s challenges, ranging from a child with a microscopic attention span to a family vacation that takes a wrong turn in a minivan. Along with his funny stories and original songs, Tom Mabe will also make a custom video for your company or organization starring pre-selected employees! Have your whole team laughing by booking comedian Tom Mabe. By making audiences across America laugh for over 15 years about the annoyances of modern life, Tom Mabe proves that it pays to think creatively. When it comes to thinking outside the box, he’s nowhere near the box! He can help your team ignite a creative spark, too. “Hilarious, our audience loved his clean humor!” -National FBI Conference ”Tom You Were Great!” A well deserved standing ovatation” -Aflac