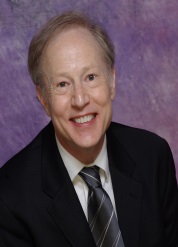 Tim Cavanagh is a regular on the Bob and Tom Show, and is a nationally-touring comedian who has been headlining comedy clubs and concerts for over 25 years. His show is a delightful mix of music, jokes, prizes and audience interaction that plays to all audiences. Tim has appeared on Comedy Central, Showtime, WGN America, Comcast Comedy Spotlight, and was featured on an ABC-TV prime time comedy special. But he is perhaps best known from his vast success on radio. His radio airplay began with his many novelty song hits on the legendary “Dr. Demento” radio show. When Danny Bonaduce (of “Partridge Family” fame) came to the Chicago radio market, and then later to Detroit, Tim became a regular guest and participant on Danny's shows, writing bits and jingles. Since 1997, Tim has been a regular guest on the award winning “Bob & Tom” radio show, which is heard nationwide on 130-plus stations. Since 2010, Tim has been featured on the show doing his recurring segment, "Tim Cavanagh's Cavalcade of Celebrity Birthdays." In addition to headlining comedy clubs and touring with the Bob & Tom concert shows, Tim has performed at hundreds of corporate events. From Mayo Clinic and Xerox to the Midwest Poultry Federation and Prairie Bolt & Screw, his clean, clever and customized material has made him a hit. He is a professional member of the National Speakers Association. Chicago Magazine calls Tim “a wonderful original.” In Pittsburgh writes that he “performs one of the best and cleanest acts on the comedy circuit... Cavanagh uses brilliant word-play in stories and songs...” The Minneapolis City Pages reports that “he is a definite must-see... get set for a rollicking good time.”